“Kitne Aadmi Thhe” who can forget this dialog from movie Sholay and Gabbar Singh. One of the landmark movie in Indian cinema released in 1975 with some legendary characters played by Amitabh, Dharmendra and Amzad Khan. Certain scenes and dialogs from Sholay earned iconic status. 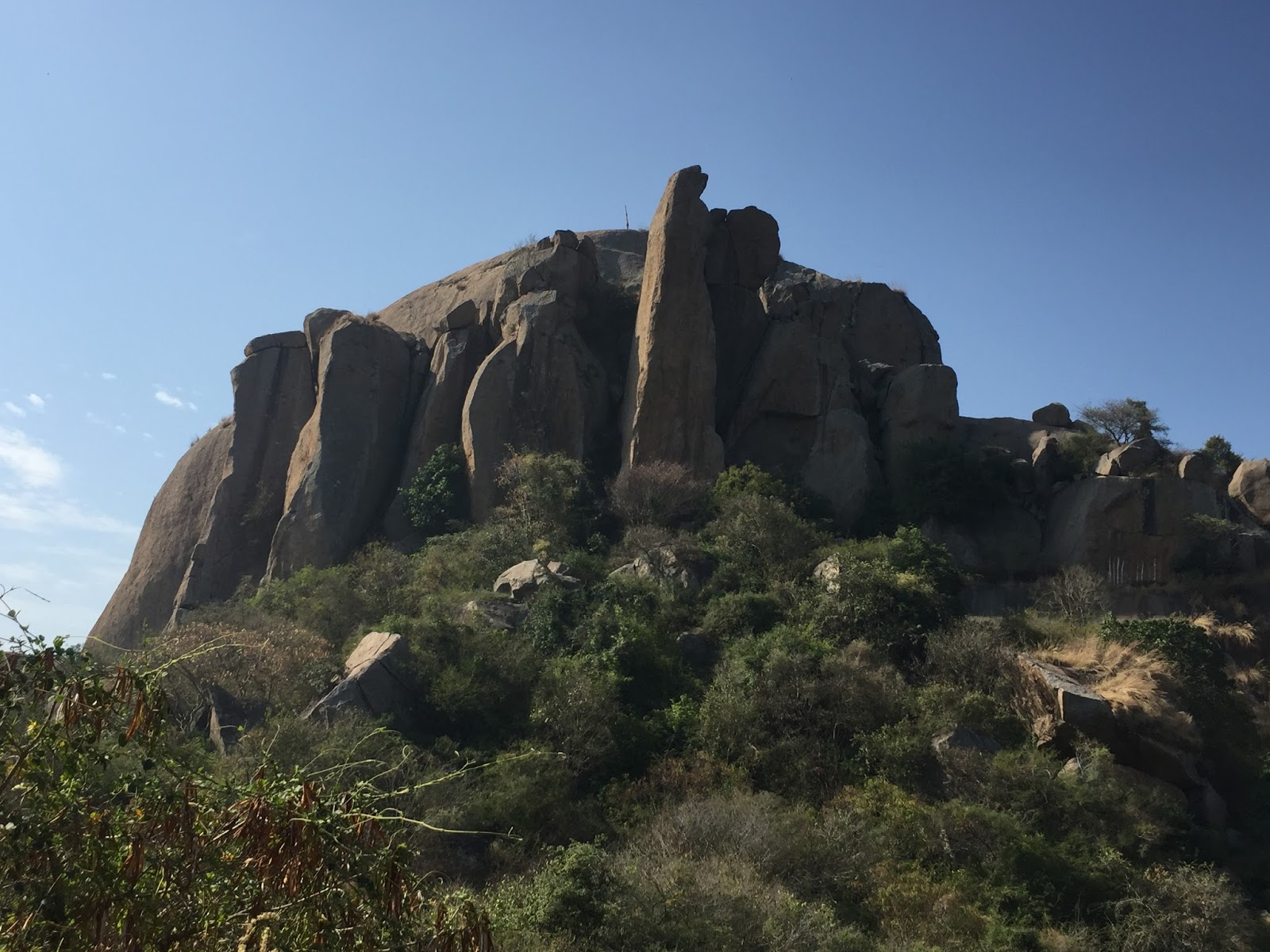 “Kitne Aadmi Thhe” who can forget this dialog from movie Sholay and Gabbar Singh. One of the landmark movie in Indian cinema released in 1975 with some legendary characters played by Amitabh, Dharmendra and Amzad Khan. Certain scenes and dialogs from Sholay earned iconic status. People still remember the village of Ramgarh and its rocky terrain as shown in the movie. The place where village of Ramgarh was set  Gabbar’s famous den and hideout, its all in Ramadevarbetta near Ramanagara.

Just 60 km from Bangalore, Ramanagara is now more famous because of its sericulture and known as silk city. This place is also one of the trekking hotspot as its surrounded by hills and rugged valley.

Started late from Bangalore and by the time we reach Ramanagara, we were very Hungary, So decided to take breakfast and then do the trekking. Not advisable I guess, but how can we ignore our must stop restaurant at Mysore Highway, Kamat Lokaruchi.  Heavy breakfast and drove back to Ramanagara. 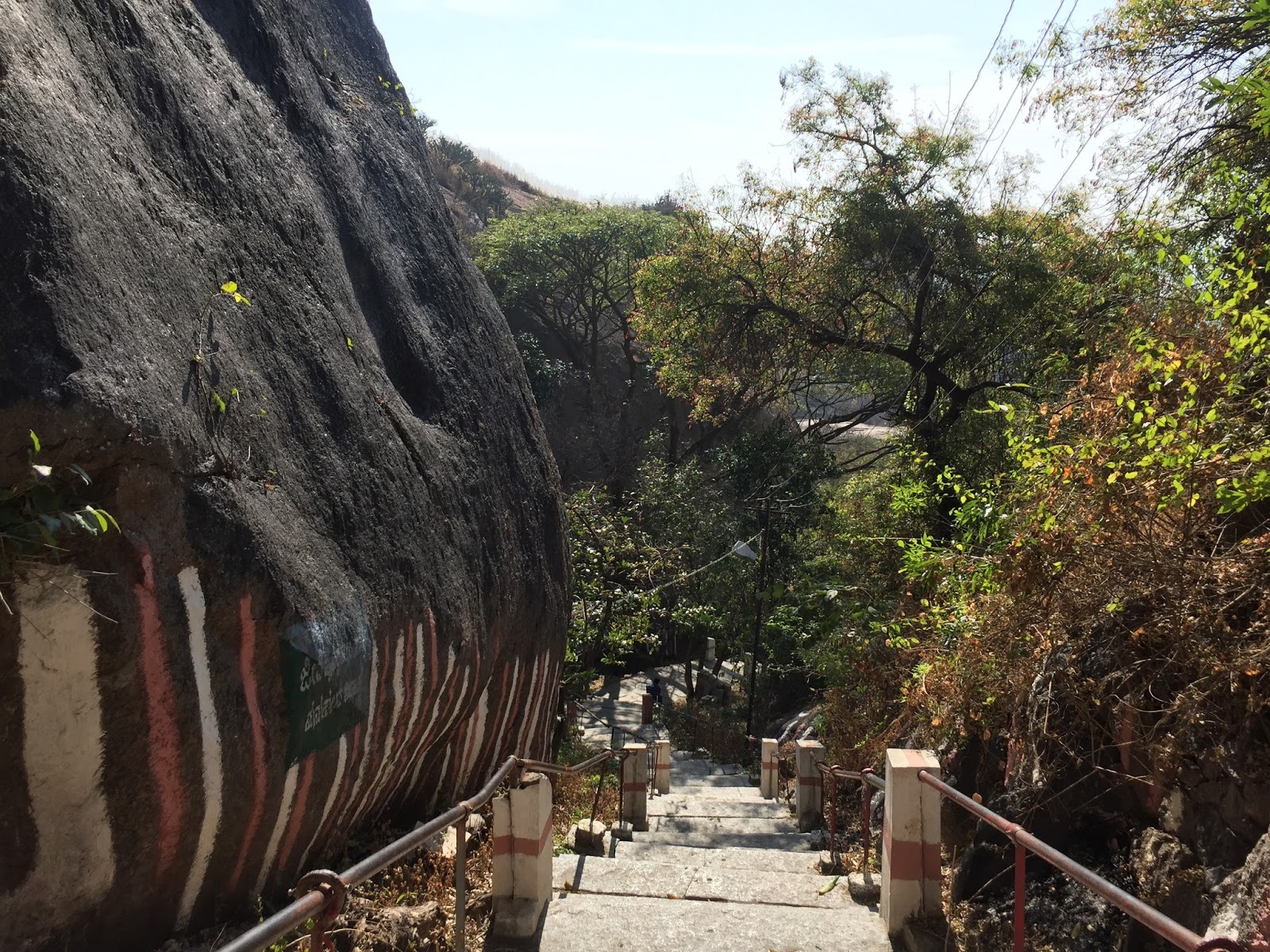 if you are coming from Bangalore, once you enter Ramanagara, lookout for an arch and huge Hanuman statue at right hand side. Take a right turn from there and drive another 2 km to reach at the check post. There you can pay 20 rs per head for entry fee and 30 rs for car parking.
There is ample car parking space. The trek starts from entrance arch and well laid down stairs surrounded by trees, bushes, hills.

The first stopover was at the Hanuman temple, after that another 200 stairs and you will reach at the main temple of Rama.

Also Read – ‘There is no survey, please don’t do propaganda against BJP,” interrupted Shahnawaz Hussain

Also Read – Raped, burned and murdered by none!

Beside temple at the left-hand side there is another route to continue trekking at the top. Trek is very well maintained with railing at left hand side with amazing view. Amid trees, bird chirping sound we continued to rocky terrain. 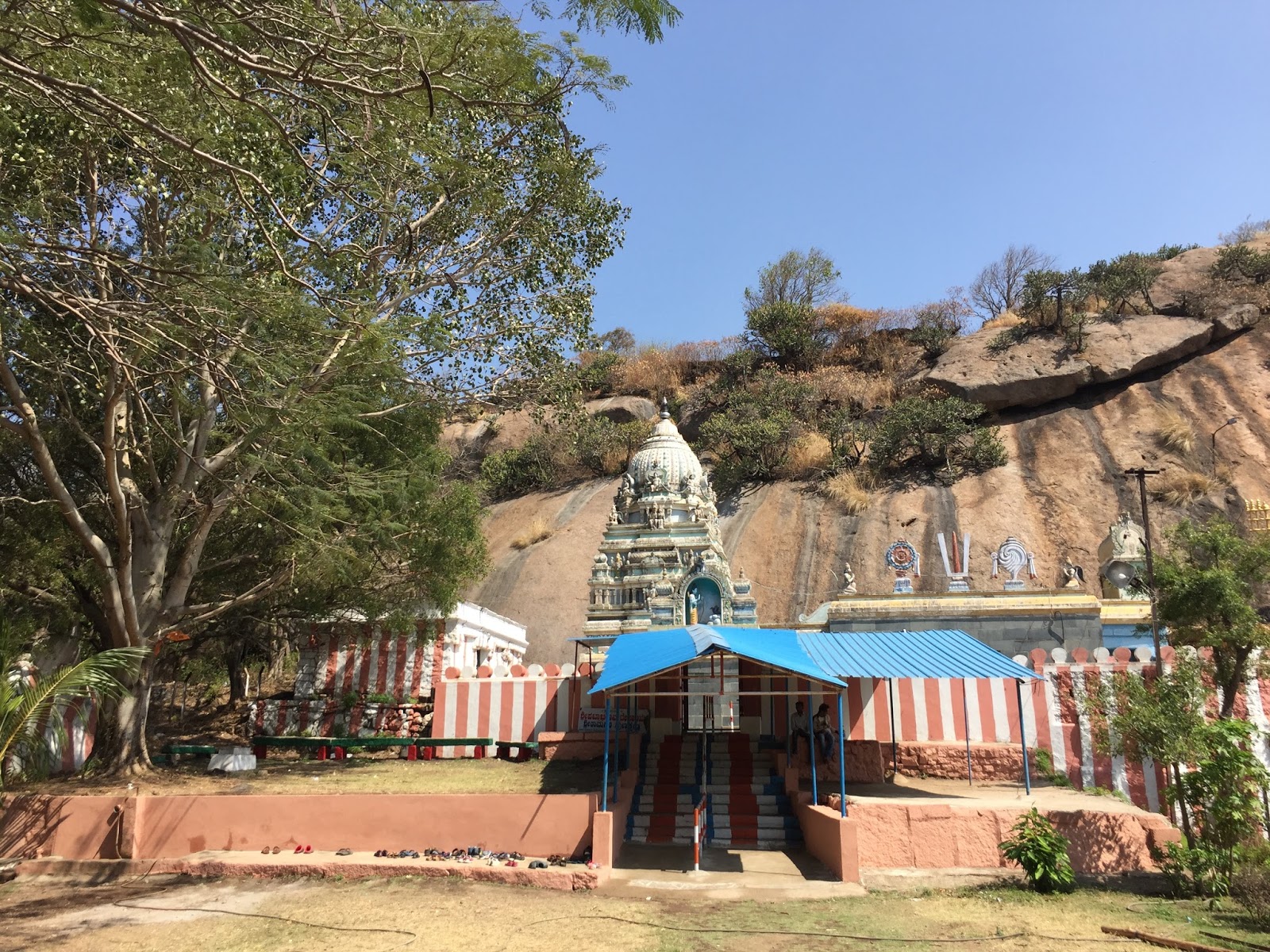 Watch out for big hanuman carved out and then tricky series of steps carved out of stone with railing. Going up and coming down using these steps could be tricky. All you need good hiking shoes and careful approach. Once you done this amazing view at the top awaits.

The view from top provides you panoramic view of Ramanagar and other hills nearby.  From here you can have good look at the hill stands next, known as ‘seven hills”.

My timing was wrong, started late from Bangalore and by the time we reach at the top, it was hot and sun showing no mercy.  The cactus became our lifesaver and much needed rest under its shadow. 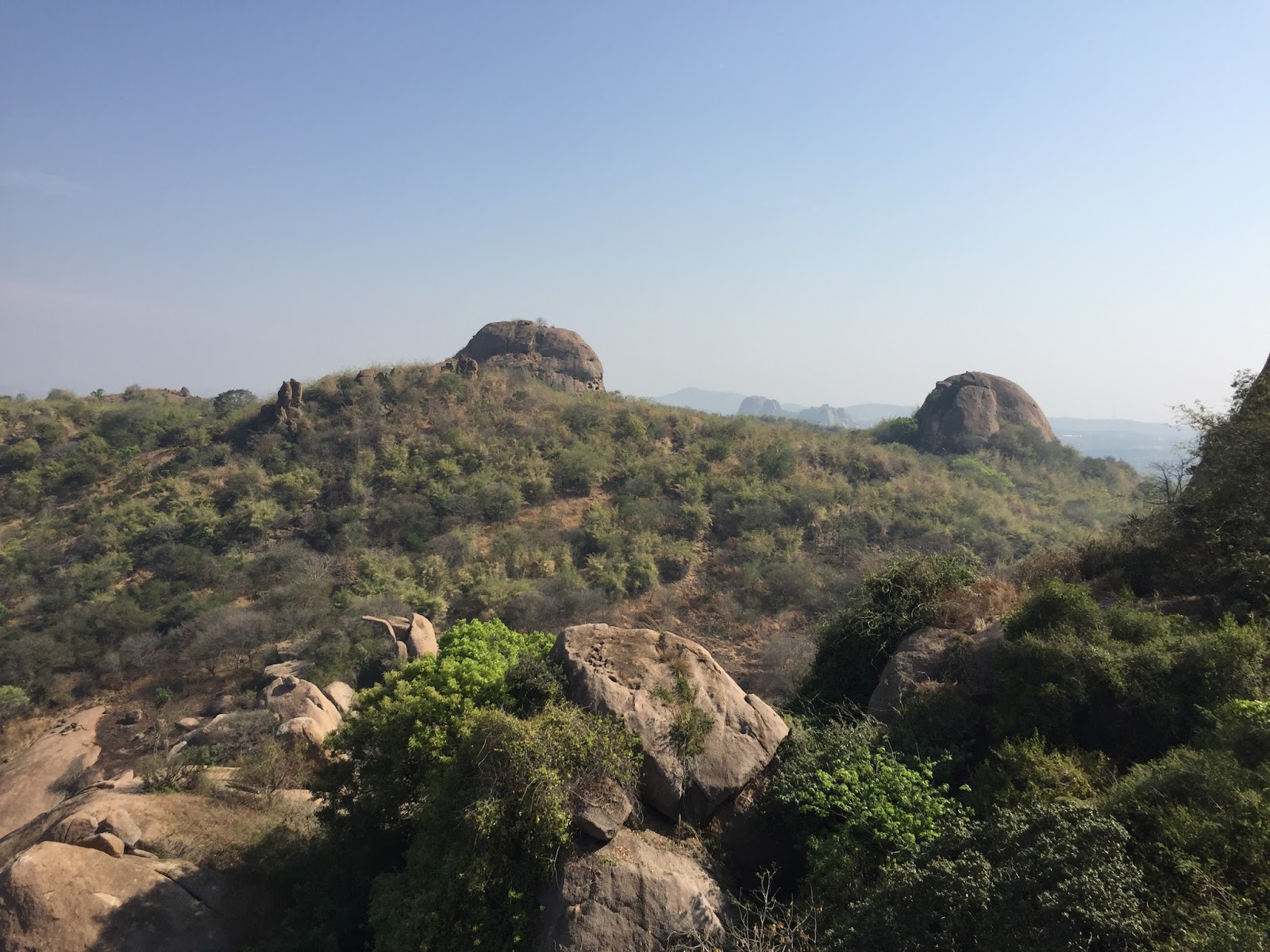 Overall trek is easy, just one suggestion go there early morning or evening otherwise sun will play the spoilsport.

(Prafulla Mannewar is a travel blogger based in Bangaluru. You can follow him on his travel stories on http://www.thewanderingsoul.in)