Netizens get nostalgic as Microsoft has finally retired Internet Explorer. It’s the first and the oldest browser after 27 years. The history goes back to 1995 when it was first released as an add-on package for windows 95. Later, the company started providing it for free as part of the package. It was rendered inoperable since June 15. In the year 2003, it reached the peak of 95% usage but it was unable to sustain that place.

It appears that Internet Explorer was unable to keep up with the competition. And developed into a default browser used to install other browsers.

Microsoft is urging its customers to switch to Microsoft edge stating it provides support for legacy and modern websites. If you open internet explorer today you will be redirected to Microsoft Edge.

Memes Viral on the Internet about Internet Explorer Retirement

thanks for the memories, #InternetExplorer 🫶 pic.twitter.com/2OH637tjte

* Microsoft Internet Explorer to retire after 27 years of service *

Microsoft announced that Internet Explorer is shutting down after 27 years on June 15, 2022#InternetExplorer pic.twitter.com/sP1UInXloJ 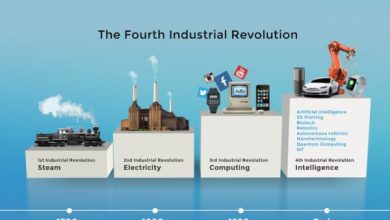 THE FOURTH INDUSTRIAL REVOLUTION OR THE INDUSTRY 4.0